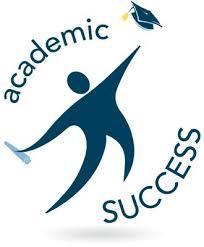 The 2020-2021 school year was tough on school systems across the nation, as schools were forced to deal with quarantines, social distancing, and virtual education. Heard County Schools were not immune from these issues, and it would have been easy for everyone in the system to lower academic expectations due to the pandemic. This did not happen in Heard County, and the proof is in the test scores recently released by the Georgia Department of Education. “Our teachers and administrators really stepped up during the past school year,” said Heard County School System Associate Superintendent Mike Roberts.”They simply refused to let our students sacrifice a year of learning, which would surely hurt our students down the road.”

With the continued and increasing success of Heard County athletic programs and the more recent push for advancing the fine arts with the construction of a new fine arts facility and other recent investments in music and art, some might question whether the push for academic excellence in the system remained the primary focus. “While we are surely proud of our success in athletics and the arts, the academic success of our students is still our top priority,” stated Heard County School Superintendent Rodney Kay. “From PreK through their senior year, we have a laser-like focus on making sure Heard County students are ready for a successful future after graduation.”